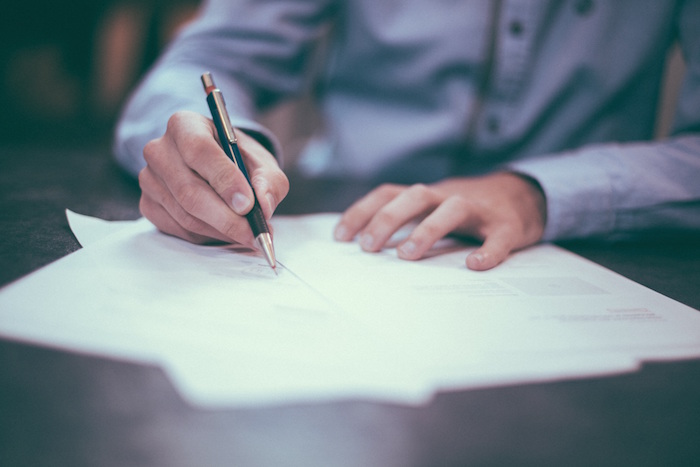 By following a financially healthy person's example of their personal financial habits, you can figure out what works best for you and what doesn’t.

1: They track their spending

This is the number one habit that every personal financial advisor or planner will tell you to develop. Hence it’s our number one. Tracking your spending is the only way for you to figure out when you’re spending your money, what you’re spending it on, and where you can save. With modern technology, checking your accounts has never been easier.

Whether they use a mobile app or manually count their dollars, “Financially healthy people make it a habit to check their accounts at a consistent basis every week,” says Oraynab Jwayyed, a money management consultant based in Oklahoma City.

When you don’t know where your money is going, then it makes it difficult to follow through with this next habit that financially healthy people make.

After you’ve successfuly mastered the crucial habit of tracking your spending, then you can successfully budget. Find out what works for you — manual or automatic budgeting.

“They [financially successful people] create a budget and keep it. They budget what comes in and what goes out,” says Chantay Bridges, owner of LosAngelesRealEstateNow.com.

But however you do it, make sure you stick with it.

3: They set limits on spending

This habit of separating wants from needs and limits how much you spend on each is crucial to develop the next habit.

There are a number of different ways to quit impulse shopping. One of them is to try the 30-day rule. In other words, any time you are about to make a big purchase, you must first wait 30-days.

If after 30-days, you still need to make the big purchase, then it is worth it to make the purchase.

Another way is to figure out how much the item is actually worth. Barry Maher, a successful entrepeneur, writer and speaker, says that the mindset that led to him being financially succesful was passed down from his mother.

“She said, ‘Before you buy anything, think of how long and how hard you had to work to earn that much money.'"

Try different strategies to see what works best for you.

5: They set measurable and achievable goals

After you’ve cut out the bad habit of impulse shopping and developed amazing budgeting skills, develop the habit of setting measurable and achievable goals.

What this really means is don’t set lofty, unattainable goals when it's not realistic. For example, don't set your goal to be a millionaire by next year if that timeline isn't realistic for you.

Sebastien Dupéré of Dupray says that he encourages his employees to set goals that they can achieve:

“We focus on micro goals instead of yearly ones. We set goals for a two week period. These are manageable periods of time where people can really put in a significant amount of work to reach their bi-weekly goals.”

Your financial goals can be as short or as long as you want, but make sure you can achieve them as well as measure your success.

6: They stick to their goals

Making goals is the easy part, sticking to them is a whole other ball game. By setting micro-goals instead of annual ones, you’ll be able to stick to your goals much easier.

7: They plan rewards in advance

Meeting a goal requires a celebration. But it’s important to know how you’re going to celebrate before you meet your goal.

In other words, be careful that your reward doesn't disrupt your other financial goals.

8: They check their credit report

Understanding how to read your credit report and monitoring it is just as important of a habit as any other on this list. Each of the three major credit reporting agencies is required by law to provide you with one free credit report each year, which means you receive three free ones.

9: They spend less than they make

To truly be financially healthy, spend less than you make. By tracking your spending and budgeting, it’ll be easier for you to do this.

Dan Artrip, a CFP, agrees that living below your means is one of the most important ways to be financially successful. He says:

“As a financial advisor, I’ve seen that it doesn’t matter what you make, but rather your spending habits that can make all the difference in the world.”

Most importantly, financially healthy and successful people strategize everything. There are no impulse decisions or overlooked ideas. Everything has been weighed using a sort of cost-benefit analysis to determine if the financial choice is correct for the given situation.

John Atkins is the former community manager for Self.

Written on August 15, 2016
Self is a venture-backed startup that helps people build credit and savings. Comments? Questions? Send us a note at hello@self.inc.
Disclaimer: Self is not providing financial advice. The content presented does not reflect the view of the Issuing Banks and is presented for general education and informational purposes only. Please consult with a qualified professional for financial advice.
Related: