Bank on It: Cincinnati Student Makes the Grade in Self Scholarship Contest

Christopher DiCesare doesn’t necessarily dislike his bank, but he’s not particularly loyal to it either. If his bank ditched free online bill-paying services, for instance, DiCesare would hardlythink twice about taking his banking business elsewhere. “I can’t say I would have the same reaction to other businesses I patronize and where I have developed more of a relationship in the traditional sense, such as my insurance agent or a car salesman,” DiCesare says.

Why isn’t he faithful to his bank? Like many members of his generation, the 28-year-old DiCesare feels no personalconnection to his bank. He and his many of his peers withdraw cash, deposit checks or get approved for loans without ever looking a teller in the face.

“This level of interaction makes banking a lot easier, but doesn’t foster any sort of affinity toward one bank or another,” says DiCesare, who lives in Cincinnati. 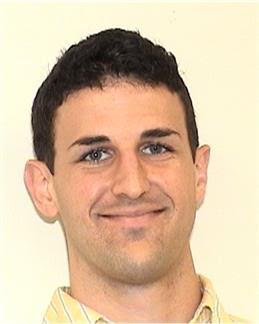 In an essay contest sponsored by Self, DiCesare described his interaction with banks, offered his thoughts about the future of banking and gave insights into his credit-building approach. From among nearly 100 applicants, DiCesare was picked as the winner of the contest. His prize? A$1,000 college scholarship, along with a 12-month subscription to Self. This is the first-ever award in Self’s semiannual scholarship program for aspiring entrepreneurs.

“We chose Christopher as the winner because his story cogently depicts the inevitable disruption to consumer banking,” says James Garvey, co-founder and CEO of Self Lender.

“The newly minted millennial workforce is demanding affordable and instantly accessible financial products,” Garvey adds. “While many financial institutions are responding to the call to change, banks can no longer rely on longevity or geography to keep young customers. Christopher’s essay is a wakeup call.”

Indeed, the banking industry has heard that call but might not be entirely heeding it. A survey by Viacom Media found that 53 percent of Millennials don’t think their bank offers anything different from competing banks and that 71 percent would rather visit the dentist than listen to banks’ marketing chatter. Furthermore, one-third of the Millennials surveyed said they’d be open to switching banks within the next 90 days.

Despite those survey results, DiCesare doesn’t think he and his fellow Millennials despise banks.

“I suppose if banks were concerned with making the banking experience more personable, they could develop the personal interactions that customers do have with banks and banking representatives,” he says. “I would imagine that most banks, if not all, already have these types of initiatives in place, but I have noticed certain things that make the banking experience more personable.”

DiCesare says those “certain things” include improving customer service and using first names in one-on-one interactions with customers, both in person and online. 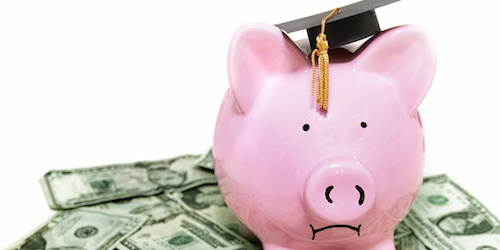 Speaking of banks, DiCesare is going to be able to stash $1,000 in his bank account, courtesy of Self, to help finance his education. He’s pursuing a doctoral degree in computer science and engineering from the University of Cincinnati. He holds a master’s degree in exercise and health studies from Miami University in Oxford, Ohio, and a bachelor’s degree in zoology from the same school, where he was a punter for the football team.

DiCesare racked up more than $20,000 in student loan debt to pay for his undergraduate and graduate studies. To date, he’s paid $21,000 in principal and interest, and still owes a little over $6,000.

“College is unfortunately very expensive in the U.S.,” Garvey said. “We offered the Self college scholarship in order to help a bright, aspiring entrepreneur pay down student debt, start a business or pursue something that creates positive change. Our mission at Self is to empower people with the tools to help themselves.”

Like many members of Generation Y (or “Millenials,” as we are so affectionately called), my interaction with banks can be described very simply: It is practically nonexistent. That is, if one defines interaction as personal, face-to-face, human or any other possibility that exists beyond looking at a smartphone. I still use banking services quite frequently; however, their primary use has been evolving with the changing demographic of today’s society.

The thing is, even though plenty of us still interact with banks to a degree — I have taken out student loans, personal loans and an auto loan, in addition to having a checking account, savings account and two credit cards — the interaction my generation has with banks is, at worst, minimal, and at best, faceless. In a society where smartphones are ubiquitous, cash transactions are rare and time is (seemingly) valuable, many of us elect to interact with banks only when absolutely necessary and accomplish many of the tasks that warranted a trip to the bank from the convenience of our home, car or job.

Fortunately, like most other industries, banks have accommodated this change and have devoted a significant amount of resources toward developing their mobile and web presence. The future of banking is only going to further reflect this trend; banks will entice consumers through their mobile web applications and the value of their cashless services, particularly credit and debit cards. Basically, banks will continue to compete for business by making the lives of their consumers as easy as possible. Most already have such options for their customers — online and recurring bill pay and online preapproval for mortgages and other loans, namely.

Interestingly enough, despite the prevalence of these banking options that simplify bill paying, loan approval and offers on debit or credit cards, to take advantage of these options — especially the latter two — a solid credit history is needed. For younger students attending college and who are working either very little or not at all, it can be difficult to build credit; a lack of income indicates a lack of purchasing power, which eliminates many avenues through which credit can be obtained.

Fortunately, there are feasible alternatives for students looking to build their credit history, and I have taken advantage of some of these. In addition to the student loans I have (which are several), I applied and had a parent co-sign for a student credit card. These cards are designed specifically for students and typically have a low credit limit and/or higher variable annual percentage rate, but can be effectively used to start building a payment history. I used the card to purchase only basic necessities, like gas or groceries, and I paid the balance off each month.

Additionally, I applied for small loans with our student credit union to help with books and other supplies. These types of loans, with their typically low interest rates and opening and closing fees, are a boon for students looking to build credit. As my credit score increased, I looked into auto loans to purchase a new, inexpensive car in order to diversify my credit mix. I now only have two credit cards — one with a lower credit limit that I still use mainly for necessities, and another with a higher credit limit that I almost never use and reserve only for emergencies.

I suspect that many individuals of my generation are like me — they still use and take advantage of several of the options that banks provide, yet they keep their interactions with banks to a minimum. But as I established, it is this synergy that will direct the future of banking; we need credit cards to have purchasing power in an increasingly cashless society, which ultimately helps us build our credit scores so that we can get approved for loans to obtain a car, a house or other amenities that increase our standard of living, the payments for which we can automate using online and recurring bill pay, which helps drive banks’ business and consumer base, and so forth. So really, the only thing that has changed is our interaction with banks, which, as I indicated — depending on how one defines interaction — is either non-existent or completely necessary and interwoven with our daily lives.

John Egan is a personal finance writer who has written extensively for publications such as BankRate, Credit Karma and Lending Tree.

Written on August 6, 2015
Self is a venture-backed startup that helps people build credit and savings. Comments? Questions? Send us a note at hello@self.inc.
Disclaimer: Self does not provide financial advice. The content on this page provides general consumer information and is not intended for legal, financial, or regulatory guidance. The content presented does not reflect the view of the Issuing Banks. Although this information may include references to third-party resources or content, Self does not endorse or guarantee the accuracy of this third-party information. The Credit Builder Account, secured Self Visa® Credit Card, and Level Credit/Rent Track links are advertisements for Self products. Please consider the date of publishing for Self’s original content and any affiliated content to best understand their contexts.