Does My Credit Score Transfer from Canada? 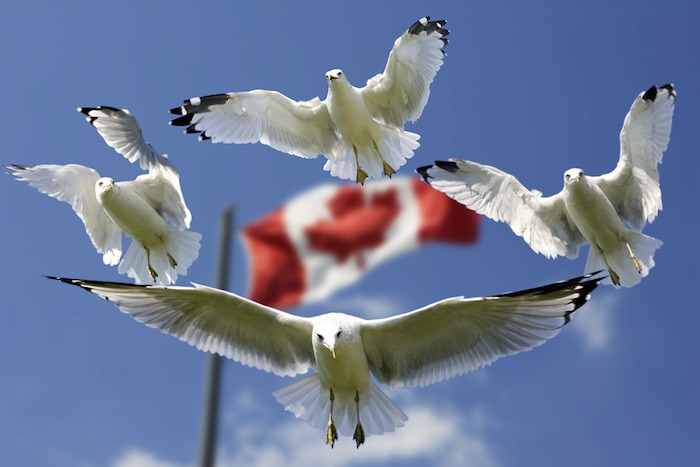 Canada and the U.S. We’re so close, and so similar; it seems like moving between the two would be no big deal.

But, it’s far more complicated than it looks.

In addition to work visas and tax burdens, there’s also the question of credit scores. Namely, when you come to the U.S., you might wonder: Does my credit score transfer from Canada?

How are Canadian and American Credit Scores Different?

Like many things between our two great nations, credit scores between the U.S. and Canada are pretty similar, with just a few differences.

According to Canada’s Office of Consumer Affairs, Canadians use a scale between 300 and 900, based on reporting from two credit bureaus: Transunion and Equifax.

Here in the U.S., our scale goes from 300 to 850, and includes reporting from one additional bureau: Experian.

As for what goes into the credit score, it’s essentially the same in both countries: payment history, amount owed, length of credit history, new credit applications, and types of credit used.

On individual reports, Canada also uses a credit rating system that we don’t have in the U.S.

Will Your Credit Score Transfer from Canada?

Unfortunately, the answer is no.

Experian offers a detailed explanation why not, citing the following reasons:

How Can You Establish Credit When You Move to the U.S.?

So your Canadian credit score won’t transfer to the U.S., does it matter? And if it does, what should you do?

As you’ll soon discover, it does matter. Credit scores are incredibly important here in the States: They’ll help you do everything from land a job to get utilities in your new apartment.

That’s what Kari, a Credit Sesame staffer, who moved from Vancouver to the U.S., quickly discovered.

So, what did she do to establish credit? She got a social security number, opened a bank account and used a Canadian-affiliated bank to get an American credit card.

The only other thing we’d advise her to consider is a credit-builder loan (like the ones we offer here at Self!). They’re a great way to quickly and securely build up your American credit.

Susan Shain has written extensively about personal finance for Student Loan Hero, The Penny Hoarder and other publications. Her work has also appeared in The New York Times and MarketWatch.

Written on September 2, 2016
Self is a venture-backed startup that helps people build credit and savings. Comments? Questions? Send us a note at hello@self.inc.
Disclaimer: Self is not providing financial advice. The content presented does not reflect the view of the Issuing Banks and is presented for general education and informational purposes only. Please consult with a qualified professional for financial advice.