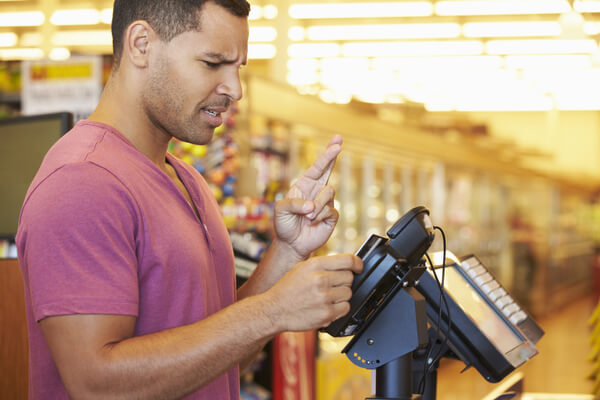 If you've had to deal with overdraft fees from your credit union or financial institution, you're not alone. According to a recent survey from the Consumer Financial Protection Bureau, Americans pay nearly $17 billion in overdraft fees each year. But here’s the good news — even though overdraft fees might hurt your wallet, they do not usually affect your credit score.

There’s nothing worse than having to pay fees you could have avoided. Whether you’re part of nearly 5% of Americans who chronically overdraft their checking accounts or the nearly 30% who make occasional mistakes, overdraft fees are never fun. Even worse, the fees can add up quickly.

Because traditional credit scores are calculated using information from your credit history, your checking and savings account information is not usually included.

“You may get overdraft fees or other penalties from the bank, but because bank accounts aren’t included in your credit score, it wouldn’t affect your score,” says Griffin.

But what if overdraft fees end up in collections? According to Griffin, it still might not appear on your score.

“If banks pursue a collection agency, that collection account could end up on your score....In the past, banks may file a civil suit and pursue the overdraft account but last year (civil suits) were removed from appearing on credit reports.

But because we removed civil suits, it’s even less likely you would see overdrafts on your credit report,” explains Griffin.

However, if a bank overdraft fee is sent to collections and appears on your credit report, it will stay on your report for seven years.

Griffin explains, “For a checking account, (the reporting period) would likely begin the date it was first listed as late.”

Do you need overdraft protection?

Alternatively, you can choose to attach a savings account to your checking account. Doing this can act as overdraft protection in the event that you have insufficient funds. Rather than being charged an overdraft fee, it will instead pull the money from your savings to cover the transaction.

Debit bureaus are separate from credit bureaus. Debit bureaus collect and report banking information, like checking and savings accounts (and any associated fees).

“(Debit bureau reports) are important because they can affect your ability to have bank accounts or other types of financial agreements.... If you want to open a new checking account with another bank, it might affect that,” explains Griffin.

If you’re concerned about what’s on your debit bureau report — or simply curious — you can get a free copy of your report once every twelve months.

Even though overdraft fees are frustrating and often expensive, they probably won’t affect your credit score.

But because financial services are often connected, it’s still a good idea to monitor your fees and pay them as fast as possible. Your future self will thank you.

Taylor Milam is a personal finance writer who has also written for Credit Karma, Chime, Acorns and Policy Genius, among others.

Written on December 26, 2018
Self is a venture-backed startup that helps people build credit and savings. Comments? Questions? Send us a note at hello@self.inc.
Disclaimer: Self is not providing financial advice. The content presented does not reflect the view of the Issuing Banks and is presented for general education and informational purposes only. Please consult with a qualified professional for financial advice.
Related: