An Intro To The UltraFICO Score 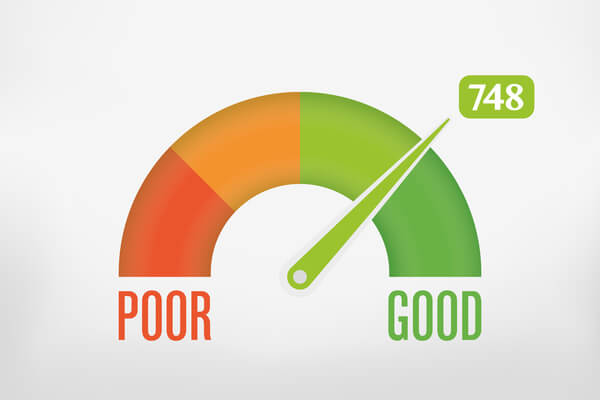 Since the Credit CARD Act of 2009, it’s become more difficult for young people to get access to cheap credit. As a result, some lenders have started looking at alternative credit data to assess an applicant’s overall financial responsibility, causing big banks to lose market share.

FICO is getting on that bandwagon with its new UltraFICO Score. Announced in October, the UltraFICO Score is the first step the credit scoring giant has taken toward using non-traditional credit data in its scores.

It’s also the first time consumers have had an opportunity to have an influence on their credit score. Here’s what you need to know.

What is the UltraFICO Score?

The UltraFICO Score is primarily based on FICO’s base model credit score, which means that your credit history still has the biggest impact on your score calculation.

To give you a more concrete example, FICO states on its website that 70% of consumers who show average savings of $400 without negative balances in the past three months see an increase in their UltraFICO Score.

If your bank account history isn’t quite there yet, you can improve it by using your account regularly and keeping it in the black.

Who does UltraFICO help?

The idea behind the UltraFICO Score is to look at a borrower’s overall financial management. So if you’re fiscally responsible, this score can prove that fact to lenders.

This means that if you apply for financial products at participating institutions — banks that use UltraFICO Score — and have no credit score or a low credit score, you may get access to credit you otherwise wouldn't.

It’ll also be easy to know if the bank is using the score because you have to agree to contribute your bank account information to calculate the score.

Exactly how much the score can help, however, is unclear because the model is new. No one knows for certain how credit models perform until there’s another negative macro-financial event like a recession that impacts our economy.

Ultimately, FICO benefits most from the new score because it sells the scoring technology without dealing with any of the credit risk. Some forward-thinking financial institutions may also benefit for extending more credit and taking back some market share. But again, that could change during the next recession.

UltraFICO may not affect most consumers directly

Just because you got declined for credit doesn’t mean that this announcement is going to make you creditworthy. The score will likely be used by a fraction of lenders, so it’s going to be years or even decades before we see any massive change to consumer credit.

Many lenders are still using FICO versions 3 and 4, which are decades old (FICO is up to version 9, released in 2016). This is because these old models work and banks don’t want to lose money because they’re beta-testing the latest credit model. As a result, many lenders likely won’t use the UltraFICO Score.

That said, there are some lenders who will be willing to try it out. Pentagon Federal Credit Union is already on board for the pilot program, according to a report by the Wall Street Journal.

However, the proverbial genie is out of the box. Your bank account is a great source of data that should be used to evaluate your creditworthiness.

Now that the biggest player in the credit industry is using alternative credit information, we’ll likely start seeing many non-bank lenders using this and similar models because they don’t have the same safety and soundness requirements of regulated institutions.

So while you may never see your UltraFICO Score, it may start getting easier to get approved for credit without a stellar credit history.

Ben Luthi is a personal finance writer who has a degree in finance and was previously a staff writer for NerdWallet and Student Loan Hero.

Written on December 28, 2018
Self is a venture-backed startup that helps people build credit and savings. Comments? Questions? Send us a note at hello@self.inc.
Disclaimer: Self is not providing financial advice. The content presented does not reflect the view of the Issuing Banks and is presented for general education and informational purposes only. Please consult with a qualified professional for financial advice.
Related: