What Happens to Your Debt After Divorce? 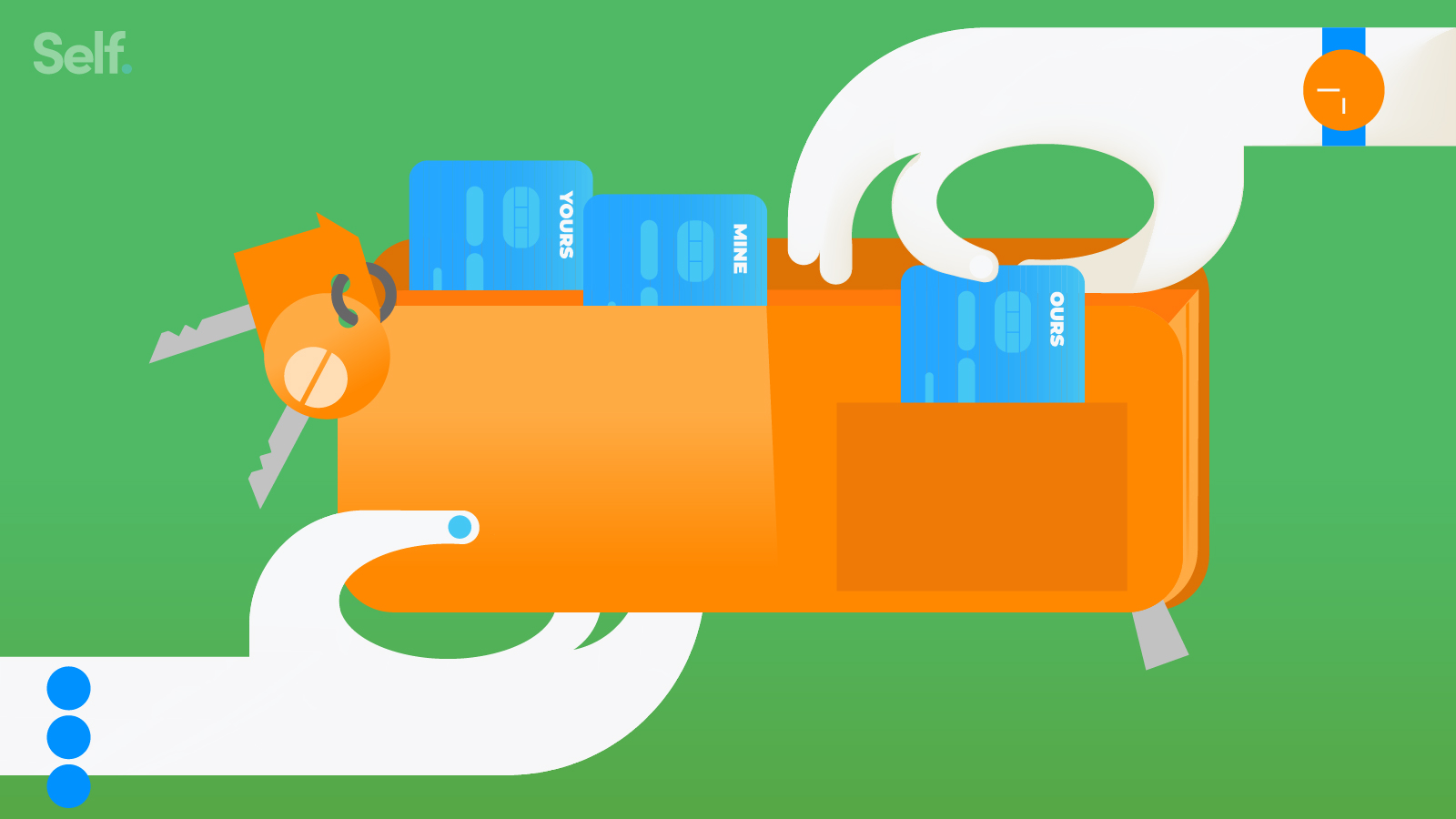 Going through a divorce can be stressful, even when it involves two decent people who are simply not meant to be married anymore.

Part of that stress comes from splitting a couple’s finances in two. Over the course of a marriage, a couple often shares income, assets, and debts. And deciding who gets what can be one of the most difficult tasks.

If you've accumulated a significant amount of joint debt during the marriage, you may be wondering exactly who is responsible for debt after divorce.

The laws that govern allocating debt between divorcing couples can vary based on:

With that in mind, here’s a high-level guide to what happens to debt during a divorce.

Most states in the U.S. are common-law property states. According to the rules of a common law system, debt taken on by one member of a married couple is owed solely by that person rather than shared equally between the spouses. In other words, if the debt is in your name, it’s generally your responsibility.

If both spouses signed the loan agreement, both spouses’ names were on the account or property title, or the lender considered both spouses’ credit before making the loan, then the debt was jointly undertaken and will be owed by both spouses.

In common-law states, when a debt is owned by both spouses, the courts usually use the “equitable distribution” system to allocate debt between the spouses. Rather than splitting the debt in half, the courts look at the future financial situation of each spouse after the divorce.

If one spouse has a high salary and owns a lot of assets while the other spouse has very little, the courts would allocate more of the debt to the spouse with more income and assets.

In a community property state, all of the assets and debts acquired during the marriage are considered “community property.” In other words, even if one spouse took out the loan, both spouses typically owe the debt 50/50.

The keyword here is during the marriage. If you had debt before the marriage, it doesn’t automatically become a joint debt when you get married.

Where you live when you file for divorce has a big impact on how debt is handled in a divorce, but these are general rules.

Some states have subtle variations in how they treat debts. Some states will make an exception if you can demonstrate that a particular debt did not benefit the household, but instead benefitted only one spouse. Or that a debt incurred by one spouse was for a family necessity, such as food, housing, or a child’s tuition.

See our related article on what happens to your credit when you get married.

All divorces involve the court system in some way, but many couples try to negotiate the terms of the divorce agreement themselves rather than fighting it out in divorce court.

This negotiation process is called Alternative Dispute Resolution (ADR), and it can involve the help of a qualified family law mediator or two attorneys who are trained in collaborative law.

ADR allows divorcing spouses to get more creative with how they split marital assets and debts. You may choose to split all marital debt evenly, or one party may agree to take a larger share of the debt in exchange for a larger share of assets (such as a home, vehicles, or vacation property).

Agreeing to the division of debts without the help of a judge or court order can save a divorcing couple a lot of time and money. But if you go this route, make sure you start with a complete list of debts.

Sometimes, people going through a divorce aren’t aware of all of the other spouse’s debt. Be sure to review credit reports and bank statements to get a complete picture.

Sometimes, a couple will file for bankruptcy before filing for a divorce or wait and file separately after the divorce has been finalized. If the couple files for bankruptcy while their divorce case is pending, the judge will review the property settlement to ensure it is fair to creditors too.

If the spouses can’t agree to the terms of the divorce, you’ll likely end up in court.

In a divorce hearing, each side gets a chance to present evidence, which might include written documents, emails, and testimony from the spouses and others.

Having a prenup or postnup can be useful, but a judge can invalidate a nuptial agreement if one of the spouses failed to disclose their debts or assets in detail before entering into the agreement. They can also be invalid if they include terms or stipulations that violate state law.

Types of debt in a divorce

The types of debt you have can impact how those debts are divided in a divorce. Debts that are associated with an asset, such as a car loan or mortgage, usually go to the spouse who keeps the asset, while unsecured debts, such as credit cards and personal loans, get divided according to the couple’s agreement or state law.

This can get complicated when the debts are in both names because creditors don’t have to abide by the terms of your divorce decree.

Your divorce settlement terms might say Spouse A keeps the car loan and Spouse B is required to pay off the credit card, but if both names are on an account, the creditor will hold both divorcing spouses responsible for the debt.

If Spouse B decides to stop making payments on the credit card, Spouse A may start getting collection calls and their credit score will be damaged.

Ideally, a divorcing spouses will either pay off or refinance any shared debts into their own name, so there are no shared debts after the divorce. But this can be tough if the couple doesn’t have a lot of marital assets or one spouse has bad credit. See our related article on rebuilding credit after divorce.

Here’s an overview of your options for different types of debt.

Ideally, you would pay off any shared credit card debt, then close the accounts.

If you don’t have the funds available to pay off all of the joint credit card accounts, consider a balance transfer to a card in only one party’s name.

If your former spouse is an authorized user on your credit card, contact the credit card company to have them removed.

If neither spouse intends to keep the home, you can sell the house and settle the mortgage debt with the proceeds.

If one party wants to keep the home, they may need to buy out the other spouse’s ownership share of the house. This may require refinancing the home into one party’s name.

Talk to an attorney or financial advisor to get help understanding the legal and financial aspects of keeping the house and ensuring you can qualify for the mortgage and handle the payments.

You’ll want to make sure the other spouse’s name gets removed from all property documents too.

Consider refinancing the car loan into just one spouse’s name.

If one or both spouses accumulated student loans before the marriage, those loans will remain separate property in most cases.

If you took out student loans after you got married, things get trickier – especially if one spouse co-signed on the other’s loan or some of the loan proceeds were used to cover shared living expenses.

Dividing student loan debt can be complicated, so it’s a good idea to discuss this issue with an attorney familiar with the laws in your state.

In most states, spouses are responsible for paying their own attorney fees in a divorce, but there are exceptions.

If one spouse earns considerably more than the other, the court might order the wealthier spouse to pay all legal fees or order the couple to liquidate assets to cover attorney fees.

Dealing with debt can add a whole new level of complexity to an already stressful divorce.

If possible, work together to pay off any joint debts before a divorce using savings or the proceeds from selling joint assets.

If that isn’t an option, make sure you get a clear picture of your finances so you can ensure assets and debts are split equitably, if not equally, in the divorce.

Janet Berry-Johnson is a Certified Public Accountant and freelance writer with a background in accounting and insurance. Her writing has appeared in Forbes, Freshbooks, The Penny Hoarder, and several other major outlets. See Janet on Linkedin and Twitter.

Written on March 12, 2020
Self is a venture-backed startup that helps people build credit and savings. Comments? Questions? Send us a note at hello@self.inc.
Disclaimer: Self is not providing financial advice. The content presented does not reflect the view of the Issuing Banks and is presented for general education and informational purposes only. Please consult with a qualified professional for financial advice.
Related: