Every Saturday morning, I write a summary of our current challenges, successes and failures at Self —and I send it to our shareholders, employees, advisors and even attorneys.

I also include a photo — a team selfie, an exceptional individual achievement, or just something funny. I got into this habit in Techstars, and have kept at it since March 2015.

When I talk to other CEOs and founders, most think I’m crazy for writing a weekly shareholder update. The truth is: I really enjoy the privilege. Not only do I get a unique, creative outlet, but the weekly updates accomplish three critical objectives:

The nice benefit of having all stakeholders up to date is that it saves me a ton of time. I can call any of our investors or advisors  —  and no matter how often I see them, they have near-perfect insight into Self.

We signed our bank partner in November 2015, and we onboarded 10 customers into Self. In December 2015, we demo’d Self to regulators, but we were still waiting for approval in January 2016.

While we were waiting, we had two MIT externs for a month, who were A+. 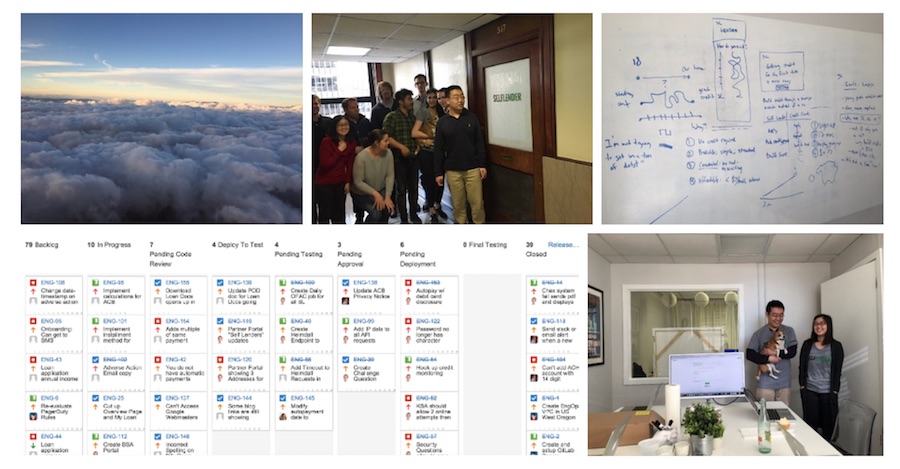 In February, we were still waiting for regulatory approval. However, we did receive our first check from our bank partner for our 10 customers. It was enough to buy our founding engineers, Victor and Drew, a cup of a coffee.

While we were waiting for approval, we added a feature that allows us to record all emails, text messages, chats and phone calls. 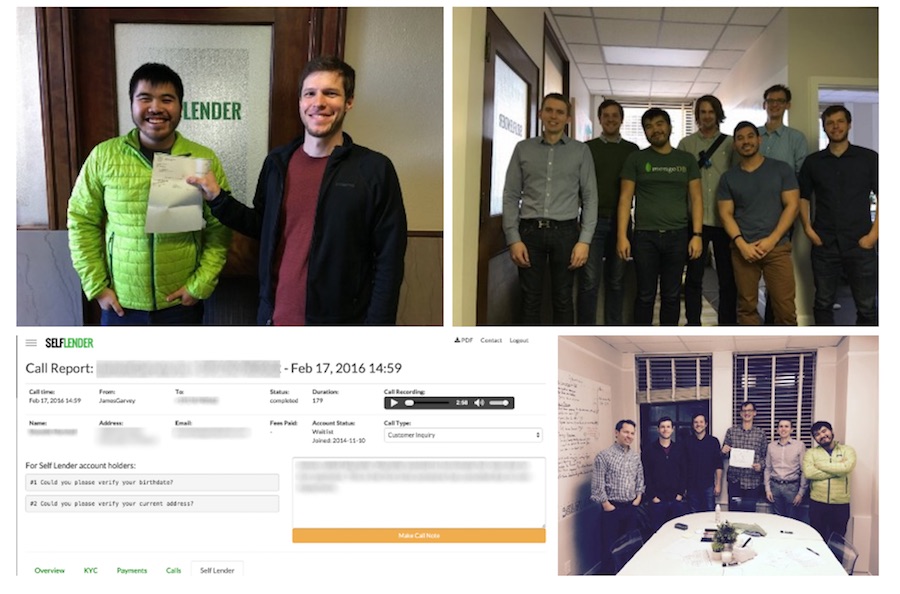 We finally launched in 43 states . By March 4, we had 80 active customers. Being based in Austin, we printed some t-shirts for SXSW. At the time, we thought it was hilarious. 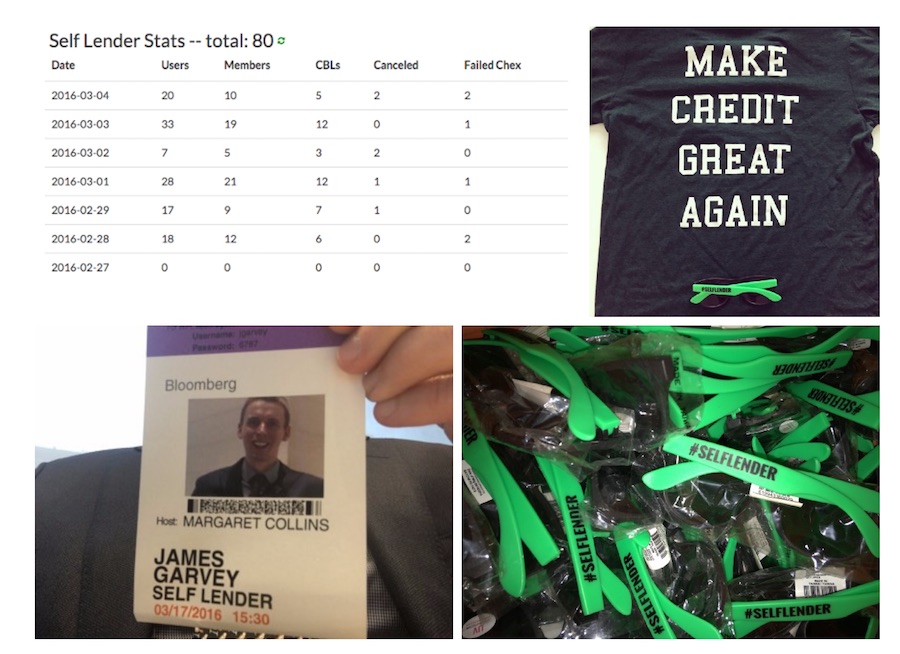 In April, we participated in a behavioral economics workshop with Dan Ariely. It was awesome. Drew, pictured below, has been the primary software architect of our banking core. Drew is A+. While in the workshop, I shot a photo of Intuit’s mission statement (last photo). 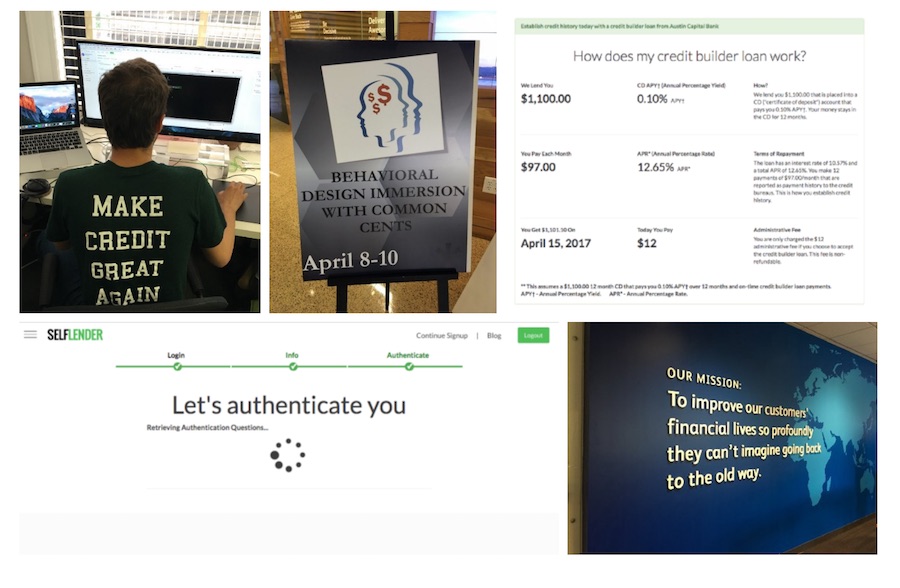 We had just 380 active accounts. Not good. The credit builder account was too expensive at $97/month and we needed to adjust the price. We moved to a new office in May. 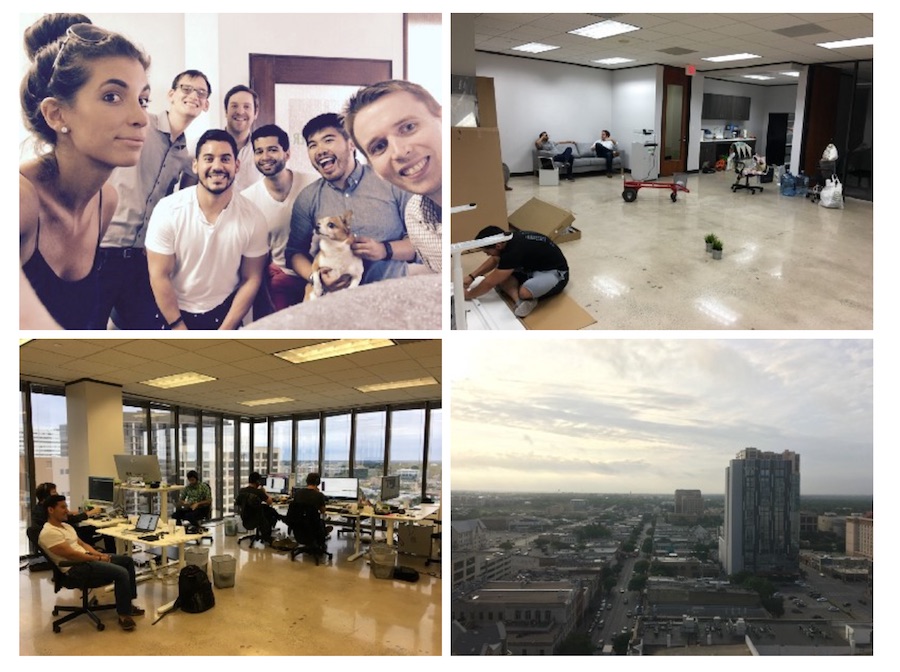 Our Plaid integration went live — which allows customers to no longer remember their bank account details (routing and account numbers). A partner also sent us a huge stream of traffic over a week and we ended June 2016 with 882 accounts. Price is still too expensive $97/month.

Self is now available in 47 states. I attended the Credit Building Symposium and was able to spend some quality time with various regulators and non-profit organizations. We ended July 2016 with 1,145 accounts. Price is still $97/month.

We updated the customer dashboard and got a new awesome investor in Washington, DC. The highlight for August was finally seeing customers have huge credit score improvements (35 points!). We ended August 2016 with 1,453 accounts. Price is still $97/month. 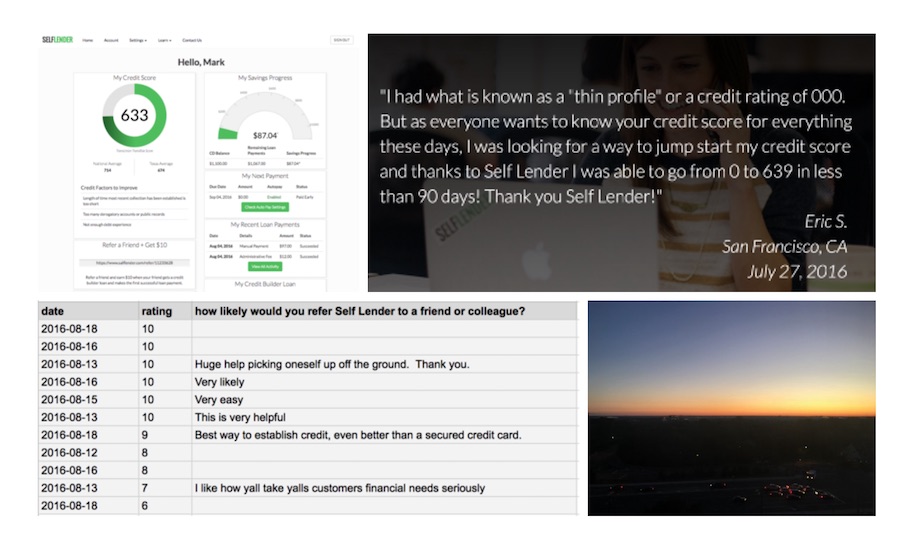 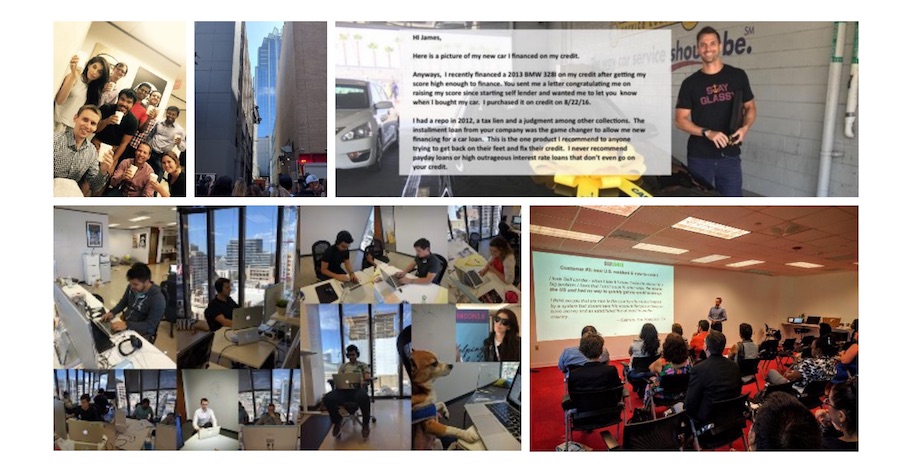 In October, I attended Money2020. We installed a TV with Geckoboard to display KPIs in the office. Our customer success team (John and Travis pictured), did an amazing job scaling. We ended October 2016 with 3,882 accounts. 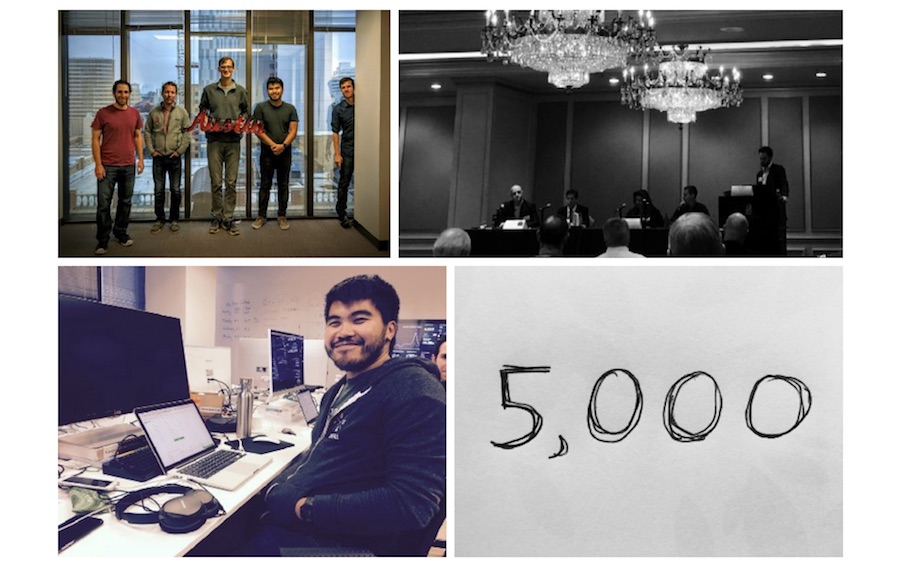 December has been a huge surprise — we’re averaging nearly 80 accounts/day. Our net promoter score (NPS) has also been increasing — pictured below for December at 69.77. We will end December 2016 with over 7,100 active accounts. 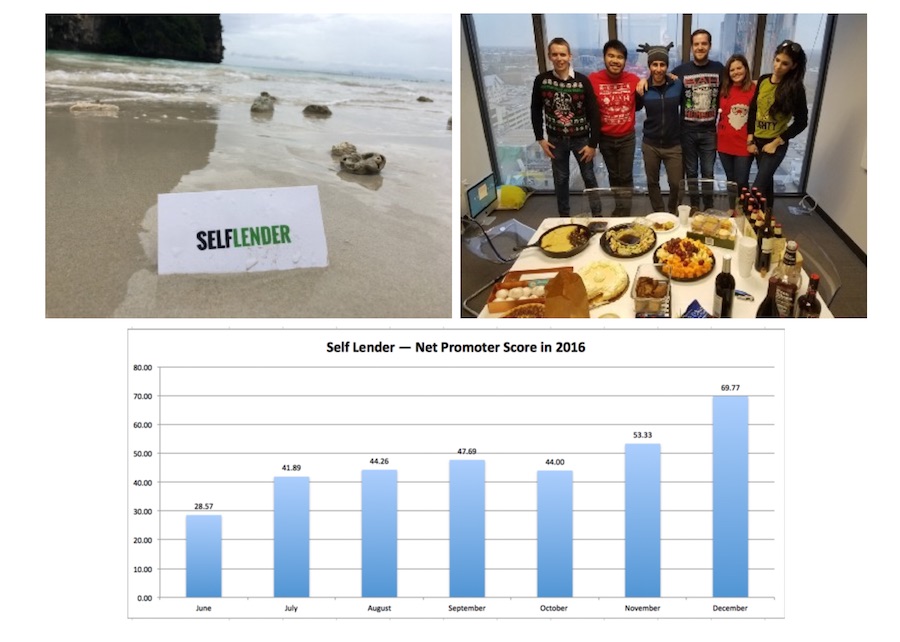 We have big plans for 2017. If you’re interested in being part of helping people start their financial journey, visit Self careers or email us at careers@self.inc.

Now, back to writing my weekly update :)

James Garvey is the CEO and co-founder of Self Financial Self helps people start their financial journey with a savings plan that builds credit.

Written on December 24, 2016
Self is a venture-backed startup that helps people build credit and savings. Comments? Questions? Send us a note at hello@self.inc.
Disclaimer: Self is not providing financial advice. The content presented does not reflect the view of the Issuing Banks and is presented for general education and informational purposes only. Please consult with a qualified professional for financial advice.
Related: