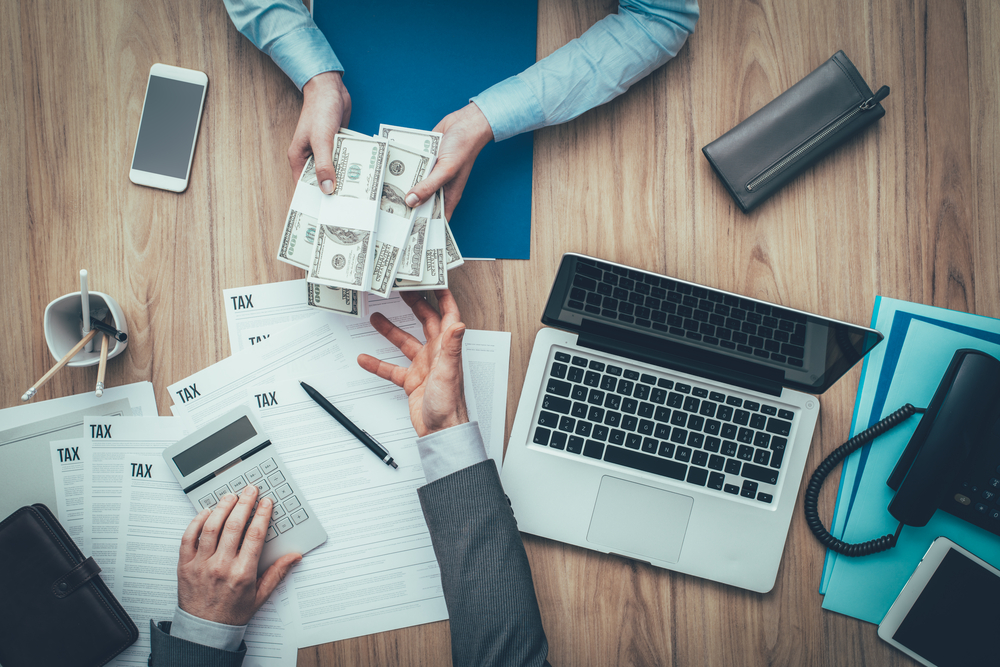 This year, two recurring themes are dominating the news cycle: immigration and taxes. While politicians debate immigration policy, taxpayers around the country are filing tax returns. The two issues may not seem to be connected, but have you ever considered whether undocumented immigrants file federal or local taxes?

The short answer is yes. Many undocumented immigrants pay sales, income and payroll taxes. In fact, they’re actually contributing billions of dollars in taxes each year. Read on for the full story.

What does it mean to be an undocumented immigrant?

There are a handful of ways for a person to qualify as undocumented. Undocumented immigrant status may stem from:

There were 10.7 million undocumented immigrants in the U.S. in 2016, representing about 3.3% of the population, according to the Pew Research Center. Of those, about 7.8 million are a part of the U.S. workforce.

But others work illegally in the country. Under the Immigration Reform and Control Act of 1986, employers can’t knowingly hire undocumented immigrant workers. They’re required to ask for documentation proving employees are legally authorized to work in the U.S.

Many employers simply ignore these rules, while others turn a blind eye to false documents received from workers. A large number of unauthorized immigrants wind up in fields like construction, farm labor, clothing manufacturing or service industries – jobs with high turnover where employers need to fill positions quickly.

In these cases, the employer runs the risk of getting caught and facing criminal and civil fines, loss of business licenses, and even jail or prison time.

Whether they’re working legally under DACA protections or working illegally with falsified or nonexistent documentation, the IRS estimates that undocumented immigrants pay over $9 billion in withheld payroll taxes annually.

Why would an undocumented immigrant pay taxes?

The ITIN is a social security number alternative used by the IRS to account for tax returns and tax payments of resident and non-resident aliens, regardless of immigration status. Many others do not file tax returns but have taxes withheld from their paychecks.

So why do so many undocumented immigrants get a taxpayer identification number and pay taxes each year knowing they may never actually receive the benefits associated with tax contributions?

According to the Bipartisan Policy Center, many undocumented immigrants pay taxes on their income with a hope that complying with this country’s tax laws will someday help them become citizens or gain legal status:

“Various attempts at comprehensive immigration reform legislation over the last decade, including the “Gang of Eight” bill S.744, have included provisions like “good moral character” and “paying back taxes” as requirements for obtaining legalization. A provable history of paying taxes is seen as one way to show good faith, should such a bill ever pass.” - Hunter Hallman, Project Coordinator, Bipartisan Policy Center

Filing tax returns can help create a paper trail to show when the person entered the U.S. and how long they’ve been contributing tax dollars.

Politicians pushing for prevention of illegal immigration claim that undocumented immigrants take more from the U.S. economy than they contribute. But that characterization is not backed by the data.

Overall, immigrants contribute more in tax revenue that they take in government benefits. According to a report from the National Academies of Sciences, Engineering, and Medicine, first-generation immigrants cost the government about $1,600 per person annually, primarily due to the cost of sending their children to public schools.

However, educating their children has economic benefits down the road when the children of immigrants get better-paying jobs than their parents and, in turn, pay higher taxes.

The study noted that second-generation immigrants are “among the strongest fiscal and economic contributors to the U.S.” This generation contributes about $1,700 per person, per year, compared to $1,300 per year for other native-born Americans.

Paying taxes as an undocumented immigrant

Many undocumented immigrants face barriers to filing income taxes. They may be afraid the IRS will pass their information on to immigration enforcement or have trouble understanding complex tax laws.

Interested taxpayers can locate a VITA site by visiting https://irs.treasury.gov/freetaxprep/ and entering a zip code. Before visiting a VITA site, undocumented immigrants should take a look at Publication 3676-B (available in English and Spanish) to verify services provided and check out the IRS’s What to Bring page to ensure they have all of the required documents and information the volunteers need to help prepare a return and apply for an ITIN, if necessary.

Undocumented immigrants generally do not need to fear that their tax information will be shared with immigration enforcement officials. The IRS is prohibited from disclosing taxpayer information, even to other federal agencies, unless it is required for tax administration purposes or subpoenaed by a federal court as part of a criminal investigation.

This tax season, hopefully filing your tax return gives you a sense of fulfilling your patriotic duty. And as you do, keep in mind the millions of undocumented immigrants who also pay into the U.S. government’s coffers without receiving the same benefits U.S. taxpayers often take for granted.

Janet Berry-Johnson is a Certified Public Accountant and personal finance writer. Her work has appeared in numerous publications, including CreditKarma and Forbes.

Written on March 19, 2019
Self is a venture-backed startup that helps people build credit and savings. Comments? Questions? Send us a note at hello@self.inc.
Disclaimer: Self is not providing financial advice. The content presented does not reflect the view of the Issuing Banks and is presented for general education and informational purposes only. Please consult with a qualified professional for financial advice.
Related: