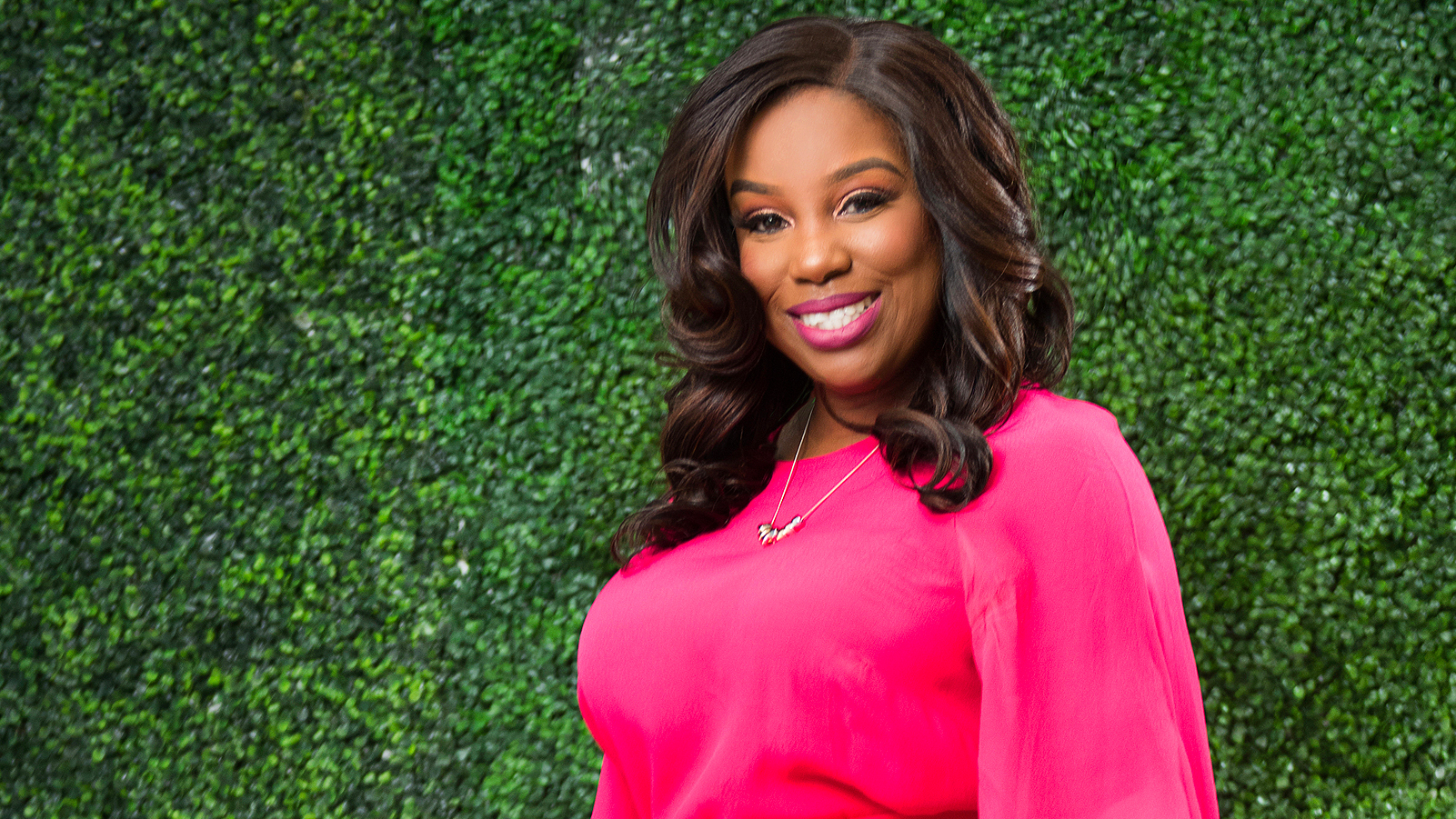 Please note - while Sharita now has a paid partnership with Self, she started first as a Self customer. Individual results may vary.

Imagine you only had a few bags of stuff to your name and nowhere to put it because you didn’t have a place to live. Now imagine being in that situation as a struggling single mom of two young boys.

For Sharita Humphrey, this wasn’t an imaginary situation, it was her life.

When you look at her life now, it’s hard to picture Sharita living on the streets, seeing her with her pink top, high heels and polished, professional appearance.

The key to her turnaround, Sharita says? Transforming her financial life – including her credit.

And the turnaround has been drastic. As a successful and award-winning financial educator, she now lives in a home she owns in a suburb of Houston.

But when people ask her “Were you really homeless homeless?” Her response?

How did she go from homeless to homeowner, to a woman who now educates others about how to transform their own financial lives?

To tell that story, let’s go back to the beginning…

When they were “lucky,” Sharita and her boys lived in a single rundown motel room. A motel that probably should’ve been condemned long ago, with feeble, decomposing doors that felt anything but protective in such a dangerous part of town.

“This one room was all we had,” Sharita says. “But we had a roof, we had food and we had each other.”

It felt like an endless, hopeless cycle of struggling to find somewhere to sleep and hustling to get by. A story far too common in the inner-city where Sharita’s from.

Then one day, Sharita looked around at her life and decided this wouldn’t be her future. Or the future her kids were destined for.

“I told my kids that we’re never going to live like this again. We are going to get out of here,” she says.

That was her turning point. She was determined to break the cycle.

Spoiler alert! She did.

Once Sharita made up her mind to change her life, it was time to find the tools and knowledge to make it happen.

“But as I started to look, even for a simple apartment, everything was credit-based. That’s what started the journey of me becoming a financial nerd,” she says.

Sharita went to the public library downtown and started reading everything she could get her hands on about money management. She checked out books, scrolled online, and eventually stumbled across Self.

Through a combination of secured credit cards and the Self Credit Builder Account (and years of effort), Sharita raised her credit score from 342 to the “800 club.”

“I can’t believe I’m sitting here, because I remember that 342,” she says.

It wasn’t just about working on her credit though. According to Sharita, what really turned her finances around was getting the education she needed to build her credit first and maintain it later.

“The thing that Self is giving you is, yes they’re giving you a platform to be able to build and establish credit, but it’s also the education piece. That’s where you win when using their platform.”

Over the years, Sharita kept changing her life for the better. She leveraged her improving credit to get a stable government job.

Eventually, her credit and financial situation were so good, she bought her own home and left her government job to launch her own business.

Chapter three - Homeownership and beyond

While buying a home was a key goal for transforming her financial life, homeownership wasn’t the end for Sharita.

In the end, she says?

“Being homeless was actually a gift. I found myself and I found that new beginning, because I knew where I was was not my destiny.”

As for her kids:

“I made a promise to those two boys that we would never be in a situation like this ever again. I’m proud to say I kept my promise. It was truly worth it all.”

It’s amazing what you can do with the right tools, information and motivation.

Watch Sharita’s story come to life in this video, presented by Self and produced by the BBC.

Lauren Bringle is an Accredited Financial Counselor® and Content Marketing Manager with Self Financial – a financial technology company with a mission to help people build credit and savings.

Written on June 9, 2020
Self is a venture-backed startup that helps people build credit and savings. Comments? Questions? Send us a note at hello@self.inc.
Disclaimer: Self is not providing financial advice. The content presented does not reflect the view of the Issuing Banks and is presented for general education and informational purposes only. Please consult with a qualified professional for financial advice.
Related: